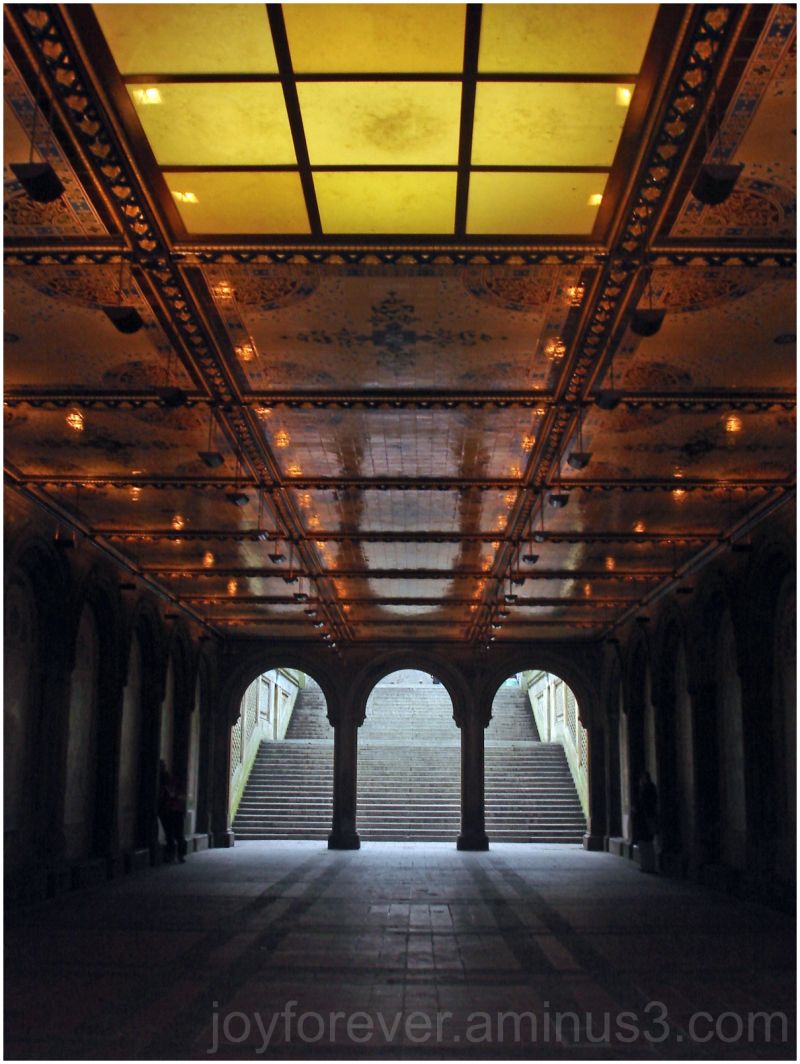 Previous Next
← previous day next day →

Bethesda Terrace overlooks The Lake in New York City's Central Park. It is on two levels, united by two grand staircases and a lesser one that passes under Terrace Drive to provide passage southward to the Elkan Naumburg bandshell and The Mall, of which this is the architectural culmination, the theatrical set-piece at the center of the park.

This photo was taken a few minutes after the one posted yesterday. As the light was really low by that time, I had to switch to ISO 200 which has produced all that noise in the darker areas.

Thanks a lot to everyone who commented on my photos, or even stopped by for a visit. The comments have been pouring in pretty fast and I'm finding it increasingly difficult to reply to each individually. I'd rather spend that time in viewing others' photos and commenting there. But I do read each comment individually, and if you ask me something specific, I'll answer that.

@Veronica: I won't say it is very big, but it sure is interesting!

Awesome exposure. I love that spot of the park always something to photograph.

@Charles: Thank you! I love that part of the park too!

A little noisy; but still a great capture!

@Eric Cousineau: Thanks! The noise was inevitable.